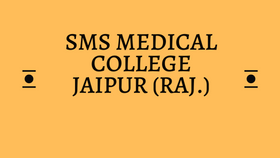 If we talk about its reputation, Rajasthan students prefer this medical college in comparison to top  medical colleges of Delhi where Top Rankers take admission.

If we talk about S M S medical college Jaipur,One hospital and one dispensary were started in year 1845.

Subsequently, such facilities were recommended for other parts of the state as well.

However, due to lack of trained doctors the initiative with limited success.

In 1855, a maternity hospital and one dispensary and a medical school were opened in Jaipur, inaugurated on 7th September, 1861 and in the first batch 24 students were admitted.

Dr. King ford Burr was appointed as director of this college and he used to teach material medical, practical therapeutics, surgery and practice of medicine.

Assistant surgeon Parvati Charan Gosh was appointed as lecturer to teach principles and practice of medicine, Physiology and materia medica.

Three year later (1861-64) over differences certain unfortunate developments led to closure of the medical school which was still in its infancy.

In 1945, late Sir Mirza Ismail, prime minister of Jaipur state, during his visit to Sikar, was invited for tea by Late Rao Raja Kalian Singh of Sikar at his guest house.

Incidentally, the chief medical officer, Dr. S. C. Mehta was also one of the invitees.

During discussions, Dr. Mehta pointed out that doctors coming from other states leave the services as soon as they get suitable jobs in their parent states and hence there was always a shortage of doctors.

The solution which he recommended was establishing a medical college in our own state.

Sir Mirza then started working on this project.

On March 13th, 1946 Lord Wavell laid the foundation-stone of SMS college in a very impressive function presided over by H.H.Sawai Man Singh, the Maharaja of Jaipur.

The prestigious Sawai Man Singh Medical College , Initially, the college started work in the south wing of SMS Hospital and in the building of the Jaipur Medical Association.

Dr. G.N.Sen was its first principal.

He had a short tenure and was succeeded by Dr. S.C.Mehta, famous for his great zeal, drive and sense of discipline.

Professor Ram Bihari Arora and professor R.K.Goel were the fortunate ones to head the department of pharmacology and pathology respectively.

In 1952, the college was recognized by the Medical Council of India and the foundation of a new OPD block was laid in the succeeding year.

1952 also marked the beginning of P.G Courses and the first batch of M.D. and M.S. students qualified in 1955.

Sawai Man Singh Hospital is the major hospital of Jaipur and Rajasthan state of India.

The construction of the hospital building began in 1934.

The hospital is named after Sawai Man Singh II, then King of Jaipur.

The hospital also provides practical training to the students of the Sawai Man Singh Medical College.

SMS hospital is under pressure due to a large number of patients from across the state as it is one of the few government super specialty hospitals.

The S.M.S. Medical College Library was established in the year 1947.

Earlier the Library was housed in the main college building occupying a wing.

The new Library building was shifted & inaugurated on 4th July 2001, and it was completely shifted in the building on 15th August 2001, brief information about Library is as follows :-

11. Vachanalaya: Having Capacity of 150+20 Students full Air-Conditioned, Students may have their personal books and reading. Large number of Students are availing this facility.

12. Seminar Room: This Library has well equipped Seminar Room having capacity of 130 Persons with electronic & electric equipments. The facility is being used for various academic activities.